The rediscovery of the famous Etruscan city of Vetulonia.

Despite its impressive size and number of magnificent archaeological finds, this ancient city has been largely unknown to the general public and sadly neglected by most scholars.

That’s why it is so important that ‘Vetulonia – Una città e la sua gente’ is now being published in English exclusively by Ancient Origins. The book has received excellent reviews and is considered one of the very best available introductions to the Etruscans.

Vetulonia was a very important and powerful city of the Etruscan people, mentioned by several ancient texts. Unfortunately, however, traces of it were lost until about the mid-1800s.

Following archaeological excavations that, as often happens, had different objectives, the first signs of a rich and extensive location emerged.

It took several years to unearth what remained of the legendary Etruscan city of Vetulonia, but today you can admire the results.

Although today it is only a fraction of Castiglione Della Pescaia’s municipality, in Vetulonia, it is possible to admire monumental Etruscan tombs and several necropoleis on the surrounding hills.

These testify to the ancient city’s liveliness that has seen the emergence of a large amount of very refined goldsmithing works scattered in various museums.

Inside the town are visible the remains of the Etruscan cyclopic walls. Called “the walls of the arce, they consist of large polygonal blocks of stone that bordered the city.
The Civic Archaeological Museum offers visitors the opportunity to learn about the skill and refinement of Etruscan goldsmithing artifacts.

Here you can also see the stele of the warrior Aule Feluske, which is visible one of the oldest Etruscan inscriptions.
A visit to this museum also allows you to visit the temporary exhibitions that are organized here.

Other particularly interesting areas are Costa del Lippi and Costa Murata, where you can visit the masonry structures, the paved road, and the Domus.
Along the street of the ancient town is Poggiarello Renzetti, a neighborhood where buildings, shops, and houses dating back to the 1st century.

Excavations are still underway in this area that is unearthing a large urban Domus, the Domus Dei Dolia, rich in unique finds.
A few kilometers from Punta Ala, you can admire this rare jewel of archeology that the whole world envies us during your holidays.

But even in the surroundings of Vetulonia, throughout the surrounding valley, the presence of several settlements has been recognized. The most interesting one where the ancient inhabited nucleus is also visible is the one at Accesa Lake. 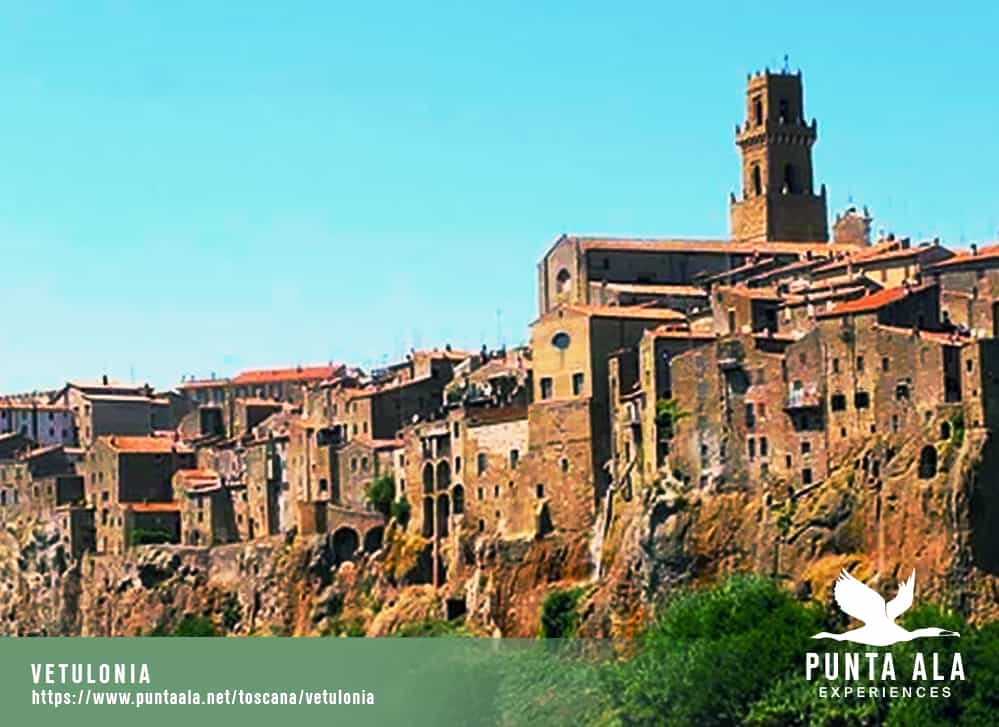