Grosseto is one of the few capitals where the historic center has remained unchanged over the centuries.

To this day, the city is surrounded by a circle of walls, which have remained intact over the centuries.

Grosseto is the capital of a large Tuscan province where Maremma and punta ala is located. At the time of Italy’s unity, it was populated by a few thousand people due to the vast malar swampy areas. With the reclamation and development of the territory, today, Grosseto has more than 80 thousand inhabitants.

Grosseto is one of the few capitals where the historic center has remained unchanged over the centuries. To this day, the city is surrounded by a circle of walls, which have remained intact over the centuries.
The walls are pedestrian, and it is possible to take a nice walk around the city for about 3 kilometers. You can thus admire the angular ramparts, one of which is a real fortress with five sides.

Various historical events since ancient times have seen Grosseto contested between different powers, first local than international. But since the early 1800s, the historical figure who has left his mark and still arouses admiration today is Grand Duke Leopold II of Tuscany.

He actively committed himself to the reclamation and improvement of the living conditions of grossetani, and for this, he left an affectionate memory.
Grosseto is the capital of Maremma and is a few kilometers from the sea.
Compared to many weights and hamlets of the area with very ancient origins, Grosseto is relatively recent.

But its old town has retained its original appearance.
Much of the old town is a pedestrian area, and this makes Grosseto a human-friendly city.

Among the things to visit in Grosseto, there is the Duomo. Its construction originates from the year 1200, but it has been modified many times over the centuries.
This feature does not allow you to appreciate a style’s purity but to find different details and artifacts from different eras.

For example, inside, you can admire the original stained glass windows of the 1400s, the Baptismal Font, and the altar of the Madonna. Near the Duomo, we find the Piazza Dante Alighieri, which represents the heart of the city.

It is here that the statue of Grand Duke Leopold II, nicknamed “Canapone,” is located because of the color of his hair and beard. In the same square, there is also the Aldobrandeschi Palace. With the richness of the Etruscan finds of the Maremma, an Archaeological Museum could not be missing from Grosseto.

To the richness of its many churches, Grosseto and its province also offer one of the most beautiful and vast protected natural areas in Europe, such as the Maremma Natural Park.
Here you can start wonderful excursions on foot, by bike or on horseback, to discover the natural beauties of the area.
Because in Grosseto and its surroundings you can find History, Architecture, Art, and nature and landscapes. 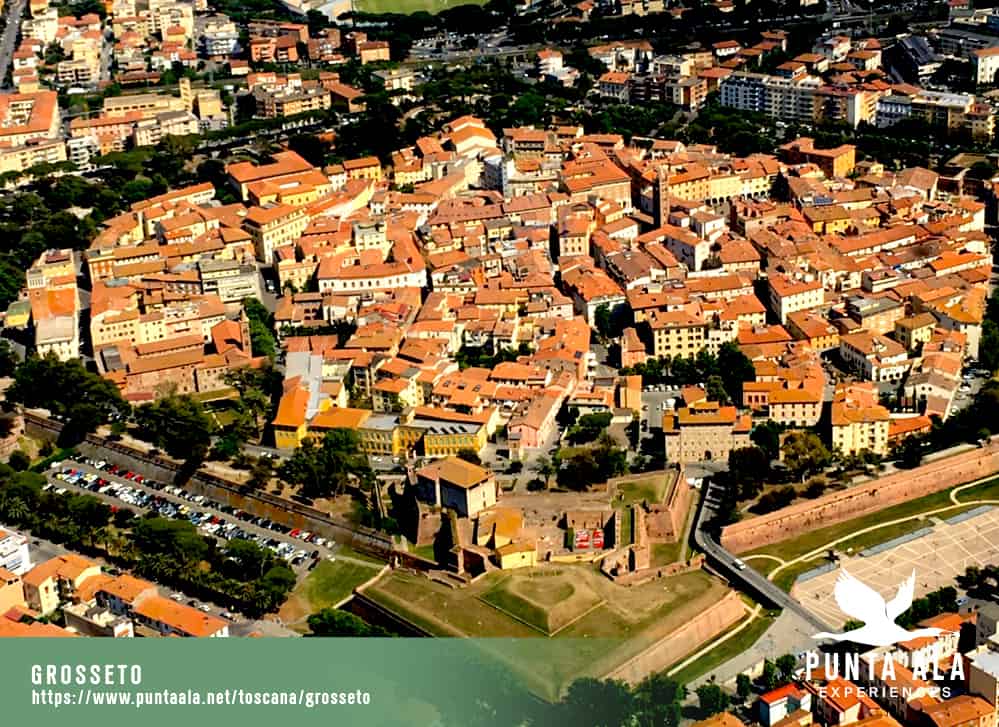