Talamone is a frazione of the comune of Orbetello in the Gulf of Argentario.

This medieval village of Maremma, 25 kilometers from Grosseto, is characterized by the Rocca of Aldobrandeschi.

Legend has it that the name Talamone is mentioned in the Aeneid and that Achilles’ father is buried under the fortress. In this strategic position, it is likely that since ancient times, Talamone has been at the center of many trades both in the Etruscan period and later Roman.

In the Archaeological Museum of Orbetello, some finds document the presence of an ancient temple, witnessing an important settlement.

Among the various vicissitudes of history, Talamone returned to the chronicles’ honor after the reclamation by Grand Duke Leopold II of Lorraine in 1700. But his fame increased considerably from 1860 when Garibaldi landed there during the Expedition of the Thousand.

The large Rocca of Aldobrandeschi, built around the thirteenth century, gives Talamona the fortification’s appearance. The streets and palaces of the center of the medieval village are also worth visiting.

With the tourist development of recent decades, Talamona has become an important tourist resort thanks to the beauty of its beaches and pine forests. All water and submarine sports are practiced and offer many reception facilities of all kinds.

A peculiarity that deserves mention is the Aquarium of the Lagoon, dedicated to the particular ecosystem of the Lagoon of Orbetello, the subject of studies by specialists.

The surrounding area is part of Maremma Park and the Uccellina Park, with all the beautiful peculiarities that these unique nature reserves offer in the world.

A holiday in Talamona can offer you everything you need for an unforgettable experience. 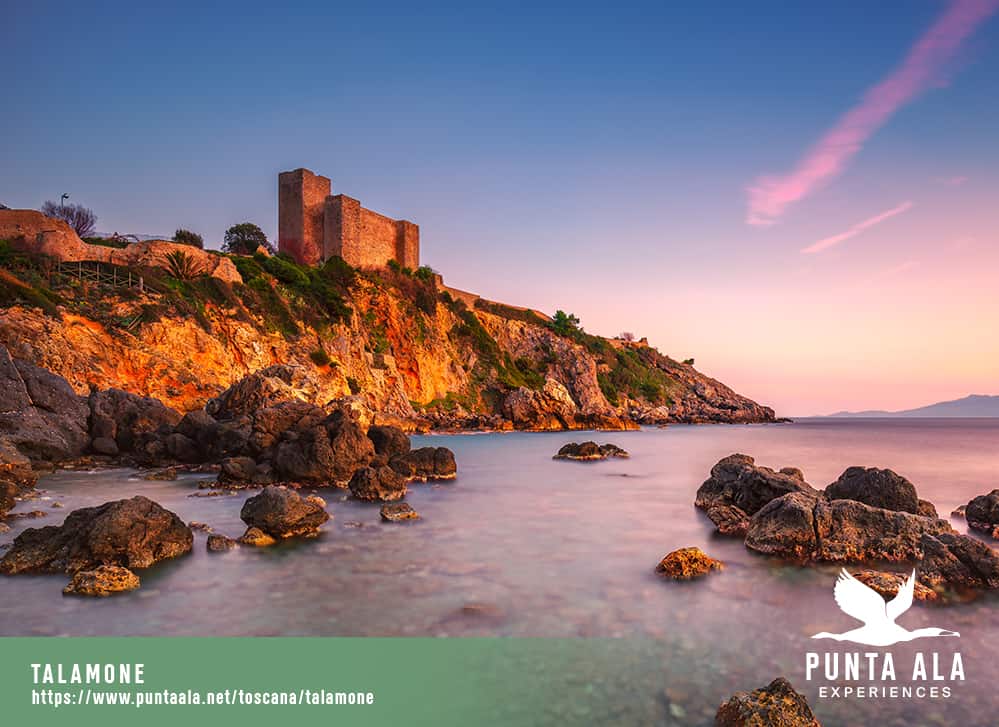