×
Punta Ala/The most beautiful bays in the Tuscan Maremma

The most beautiful bays in the Tuscan Maremma

Cala Violina, Cala Martina, Cala Civette, the Maremma coastline is a succession of inlets bathed by a crystal-clear sea and surrounded by the most amazing nature, all to be discovered on foot.

.
Maremma is wild nature, genuine flavours, history, archaeology and villages of unquestionable charm. It may not be the first thing that comes to mind when you think of the Maremma, but it is also the sea, a clear sea that bathes the coastline punctuated by cliffs that wedge themselves into the water and inlets that encircle beaches of golden sand. A precious natural environment that offers the most beautiful coastal views, so much so that it is protected by the Riserva Naturale delle Bandite di Scarlino.

These unexpected gems are all located just a short distance from Punta Ala and can be discovered thanks to the reserve’s footpaths, which allow both short but pleasant walks and real excursions to enjoy this wonderful stretch of coastline far and wide.

Fine white sand, blue sea and green vegetation behind it: if Cala Violina has the reputation of being the most beautiful beach in Tuscany, there is a reason for it. The name of the cove derives from the “sounds” emitted by the sand when it is trodden on; perceptible in the absence of major noises and letting yourself be carried away by the atmosphere, you can hear notes that seem to come from the strings of a violin. You can reach this little paradise by a walk of about 2 kilometres through the vegetation, leaving your car at the Pian d’Alma car park.

Just beyond Punta Martina, which closes the splendid Cala Violina to the north, lies another inlet of undoubted beauty, Cala Martina. The sand is replaced by smooth pebbles, and the sea is still the same, crystal clear. The invitation to dive into it is one you just can’t say no to. In 1849 it was the scene of a historical anecdote: Giuseppe Garibaldi, in order to escape from the papal guards, managed to take off from this cove thanks to a fishing boat and head towards Porto Venere. The event is commemorated by a monument placed above the cove. To reach Cala Martina, once you have reached the intersection for Cala Violina, turn right and continue for about another kilometre and a half, then descend along a very short path that branches off from the main one.

The least known of the coves mentioned, but no less beautiful. Out of the green vegetation, Cala Civette appears with its golden beach, a little darker and browner than the adjacent and more famous Cala Violina, and an even wilder atmosphere, given that it is less crowded, especially in high season, than the other two bays. On the promontory that closes it off to the south is the Torre Civette (Owl Tower), built in medieval times to watch over the coast at the behest of the State of Piombino. At the end of the path leading to Cala Violina, you go left and take the path for just under another kilometre. 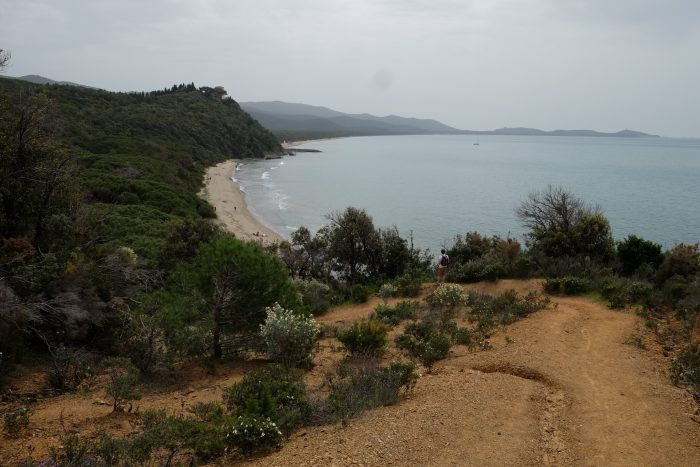 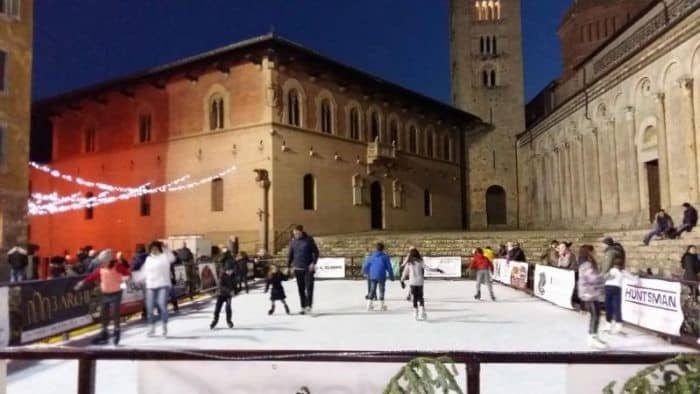