Massa Marittima is a town in the province of Grosseto, known as the center of the Colline Metallifere area and its territory’s environmental quality. 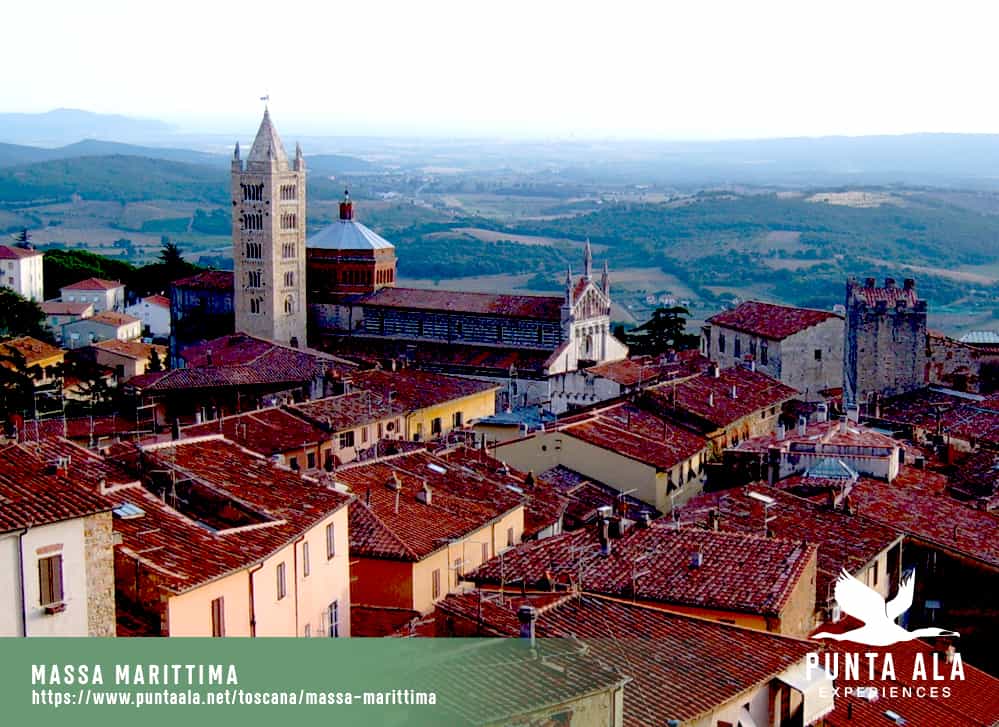 In the center of the Metalliferous Hills area , you can find a jewel of medieval art and history and a Museum of the Mine to understand the transformations of this territory that has from historical times always been rich in minerals .

Currently Massa Marittima, thanks to a careful management of extraction and recovery of ores hidden underground, is still making its presence felt in an environmental sense: many are those who visit it for its therapeutic waters and thermal baths nor only from Tuscany but also from abroad .

In the center of the Metalliferous Hills area, a jewel of medieval art and history and a Museum of the Mine to understand the transformations of this territory.

Despite its name, it is not located on the sea but is a few kilometers from Follonica, inland.

Of considerable artistic value is the Cathedral of San Cerbone, built around the year 1000, which shows a particular feature: the lower part is made in Pisan Romanesque style. The three spires are of Sienese style.

Particularly well known, which alone attracts visitors from all over the world, is Ambrogio Lorenzetti’s Majesty, a 1335 painting by one of the most important Italian painters of the Middle Ages.

But in Massa Marittima, there are towers, palaces, fortified doors, and churches, all of the great artistry.

Staying in the bungalows of campsites on the coast, it is easy to reach Massa Marittima to see his works, even without giving up a day at sea since the distance is minimal.

One of the particular things found in Massa Marittima is the Source of Abundance and Tree of Fecundity, a painting of which one is not yet certain of the meaning, which represents a tree that as fruits show 25 male fouls and other figures of doubtful interpretation.

Like many other places in the area, Etruscan finds with housing settlements and necropolis of great historical value have also been found here.

But the peculiarity that makes the area different from the others is the link with the once-thriving mining industry. In this area of the metal hills are open to the public a museum of the mine, dug in a quarry street of over 700 meters, rich in tools, machinery, and historical reconstructions.

And to get to know Massa Marittima in-depth, you can also visit the ancient oil mill or the Biancane Nature Park, where you can experience different geothermal phenomena.