Capraia Island is the perfect destination for those who feel fortunate to have a holiday surrounded by the sea.

Capraia Island is an islet of the Tuscan archipelago considered the most natural and wild.

It is located about 36 miles from the peninsula of Piombino and 15 miles from Corsica’s coast. Because of its position in the middle of the Tyrrhenian Sea, the island has seen the succession of civilizations overlooking that stretch of coast.

First, the Etruscans, then the Romans inhabited the island, although the human presence was already found from previous centuries.
For many centuries, the island of Anacoreti monks is documented, and subsequently, the area has been plagued by pirate raids.

Many alterations have involved the island of Capraia in the Maritime Republic’s history, in the transition to France and later to Sardinia’s Kingdom. In recent times, until 1986, a penal colony was established on the island that caused almost all the original inhabitants’ emigration.

Today the island represents a powerful tourist attraction for the strong characteristics of its territory: colors, scents, light, wind. The island’s conformation is rather impervious, and its volcanic origin makes animal and plant life difficult.

The island is full of paths for walks with exhilarating views, passable in all seasons. Of course, the sea is the master. A holiday in Capraia means a sea full of rocky and sandy bottoms, clear waters, and animated by fish, in which the ever different colors of the cliff are reflected.

It is possible to go by boat to discover all the coast’s ravines and coves, often inaccessible differently.
The seabed deserves special attention from those interested in discovering the world under the coat of water.

Its particular location makes Capraia island favorable to the sighting of migratory birds that return to the heat at the end of summer.
Suppose you are on holiday in Punta Ala. In that case, we recommend that you dedicate a day to visiting the island of Capraia because here you will find the original character of this land. 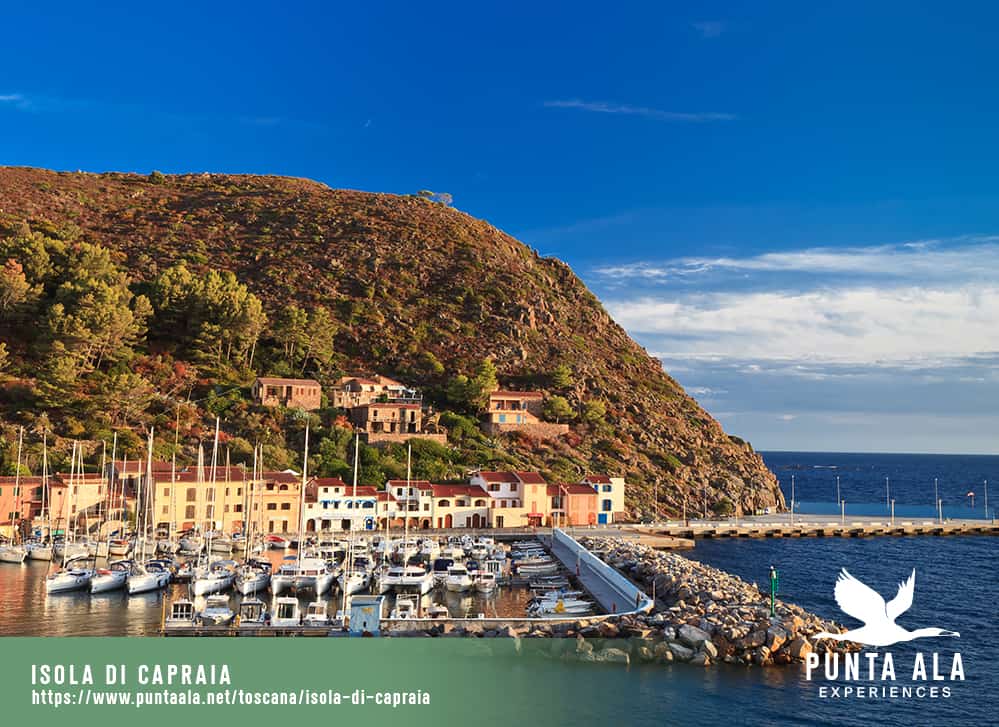